When I knew I was going to visit the international fashion weeks, there was only one fear that came with it: what to wear? Unlike Amsterdam Fashion Week, where I simply want to try on some new things and make a fun look, I now wanted to come up with something special… 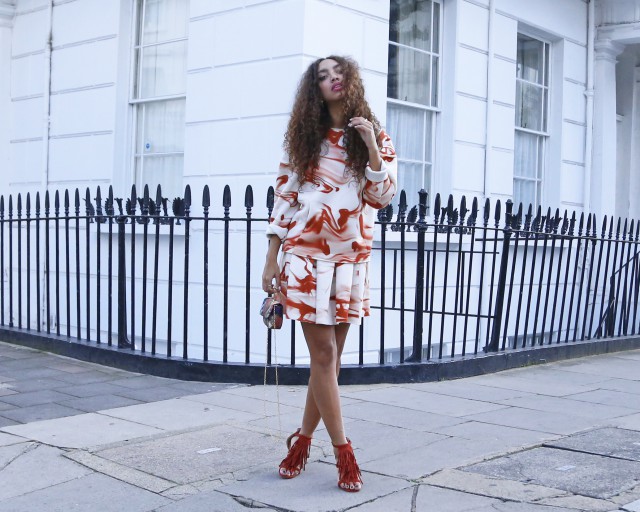 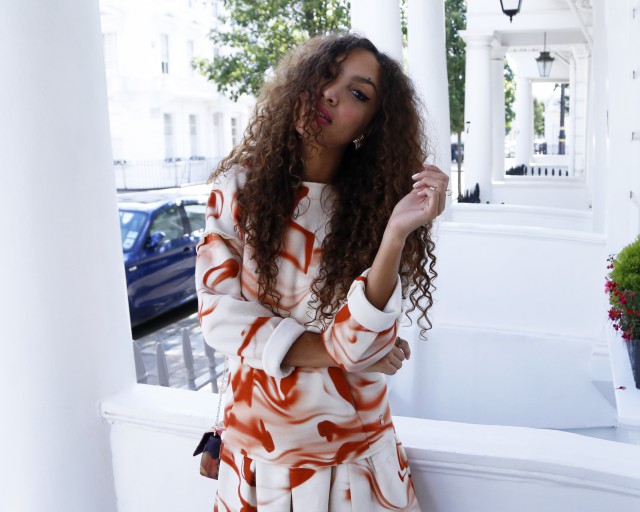 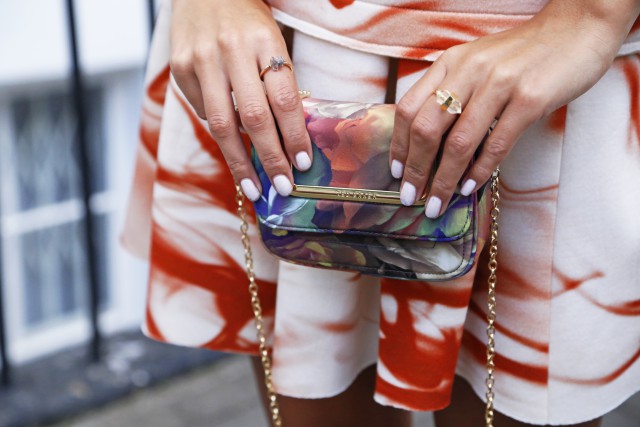 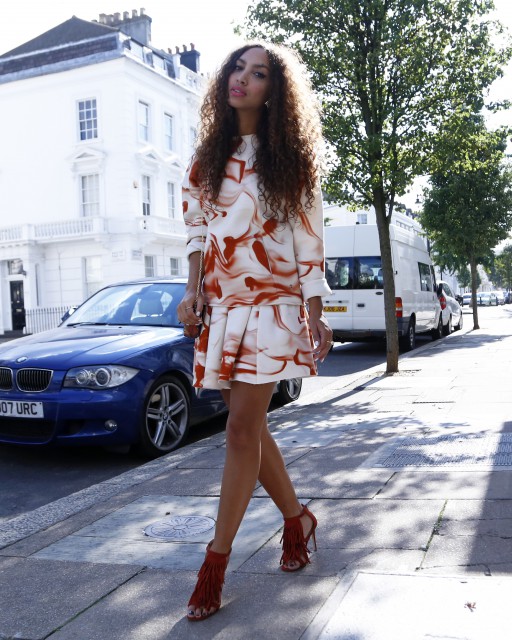 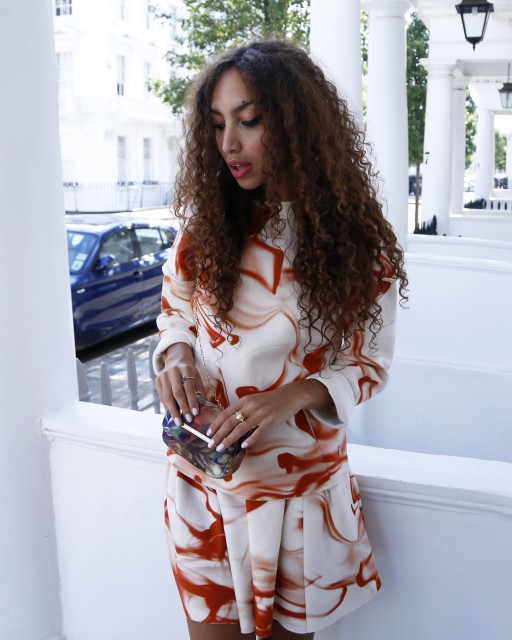 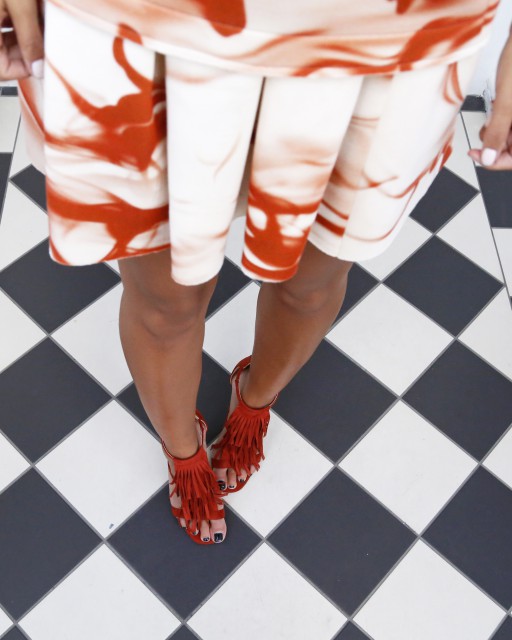 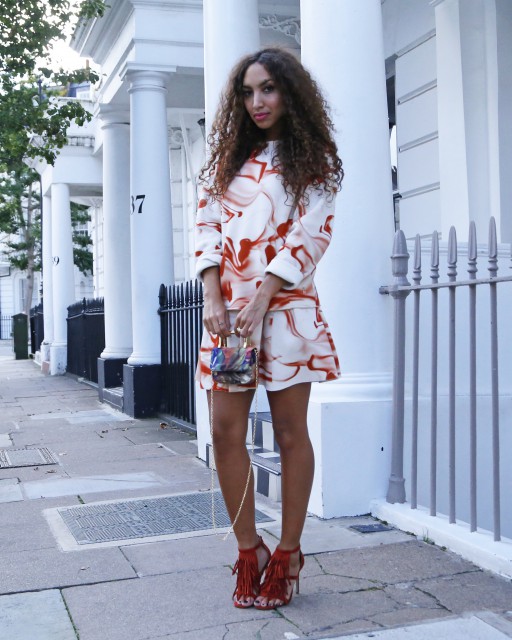 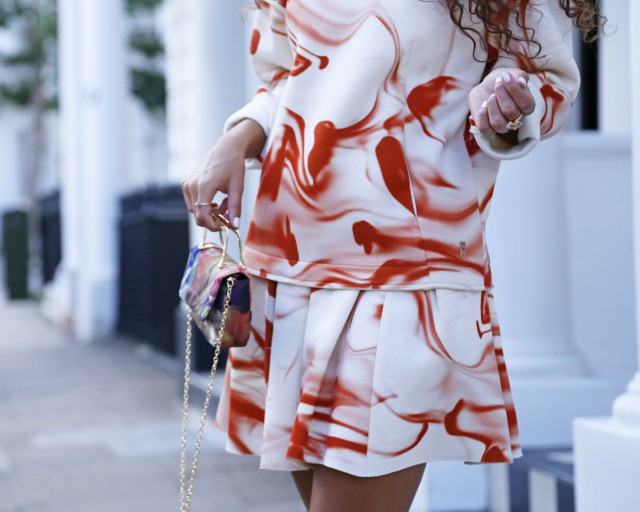 In collaboration with various press offices, I created some nice looks that were fashion week worthy, this one from Iconic Studios, being one of them. Both the top and skirt are from This is Lily, a brand I had never heard of before, until I found out that it was a design by Lily Houben. Her name is familiar to me and so does her designs make me feel: vivacious, enticing and sassy. Kinda how I like to see myself.

The heels are “just so fluffy” with the fringes in a color that matches the co-ord perfectly. I have been in doubt about whether or not to actually play this matchy-matchy game, but eventually did, since it made such a fun ensemble.

The bag is from Ted Baker, who just opened a store in the Leidsestraat in Amsterdam. I was at the opening and was positively surprised by the interior of the shop. The walls of the fitting rooms were painted in a Delftblue print and all displays are decorated with a romantic Victorian touch, which I love. It was only a matter of time before I’d lay my eyes on Ted Baker’s bags and when I found this one at Cream PR I was sold.

In doubt again about whether or not to add to the rest of the ensemble, cause print on print and purple on rust didn’t seem like a good idea. But I decided that there should be no rules for fashion week and walking down the streets of London, being photographed by loads of paparazzi, I realized that the look was kind of a succes.

Let me know what you think! 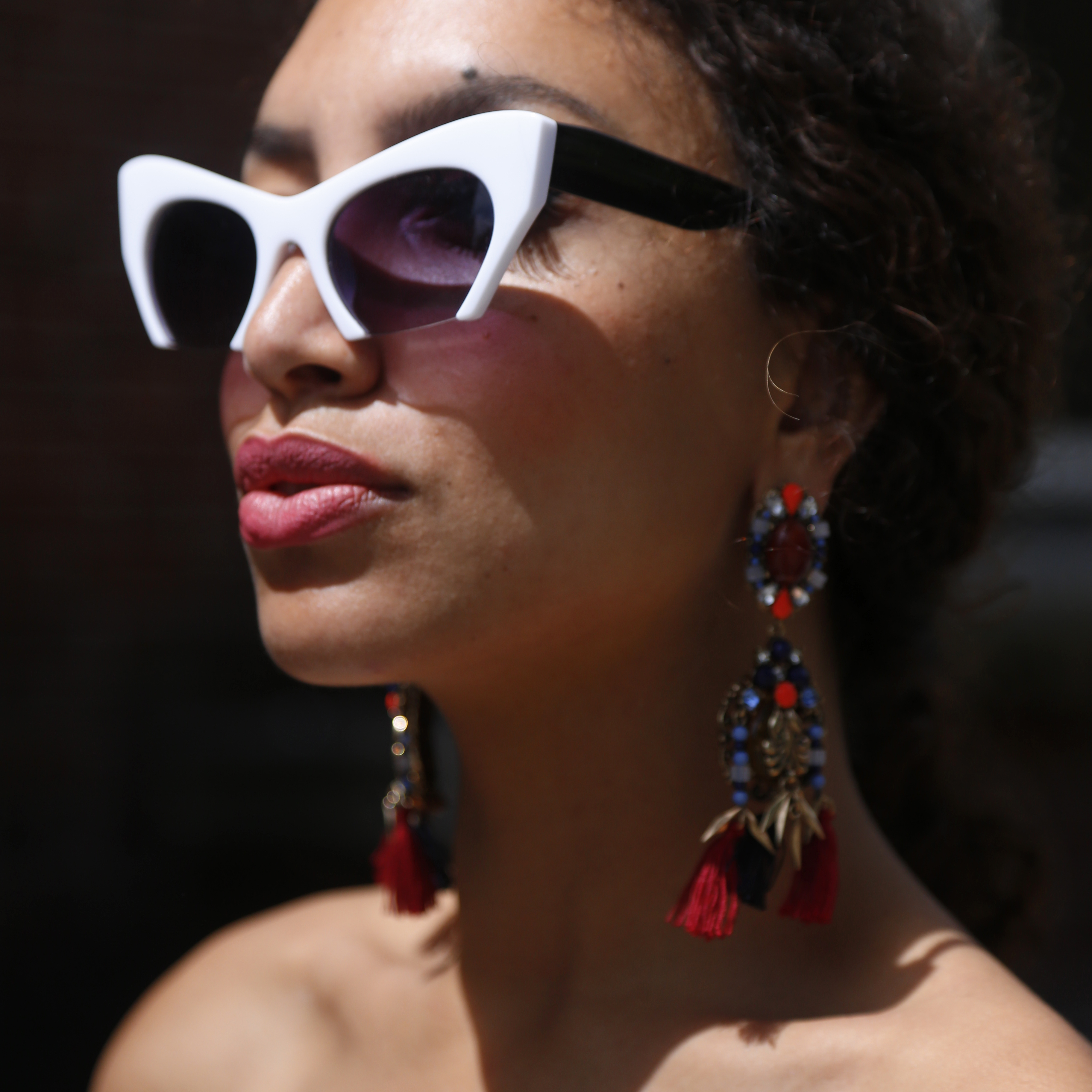