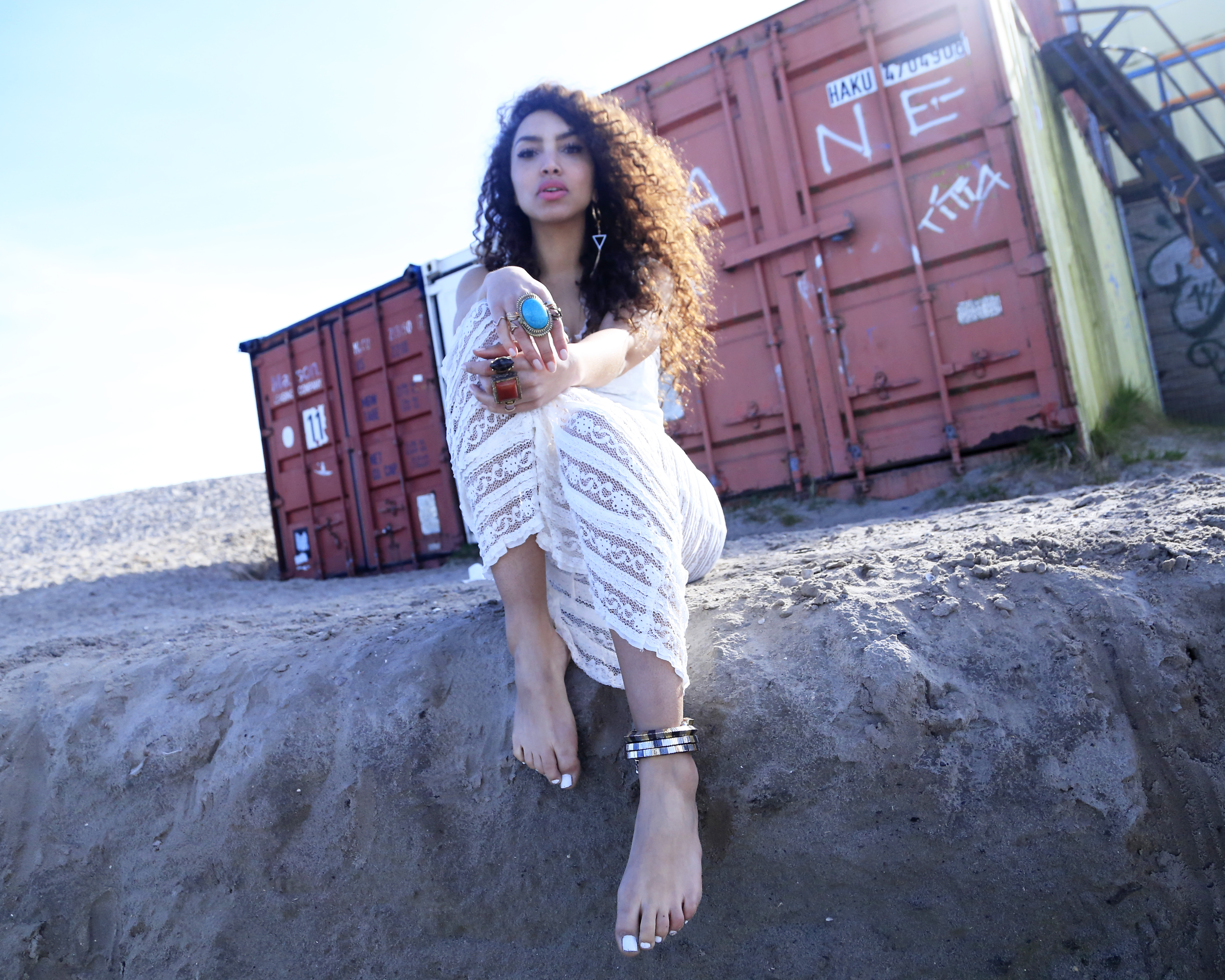 What beaches to go to if you don’t live in the tropics? It may seem impossible and illogical, but city beaches aren’t that hard to find nowadays. So if the weather is nice, we don’t need to go to Barcelona to combine city trips to tanning on the beach. Amsterdam has it’s spots too! 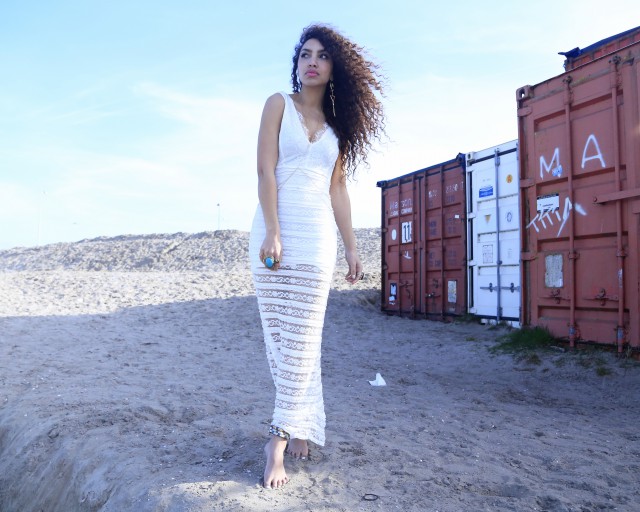 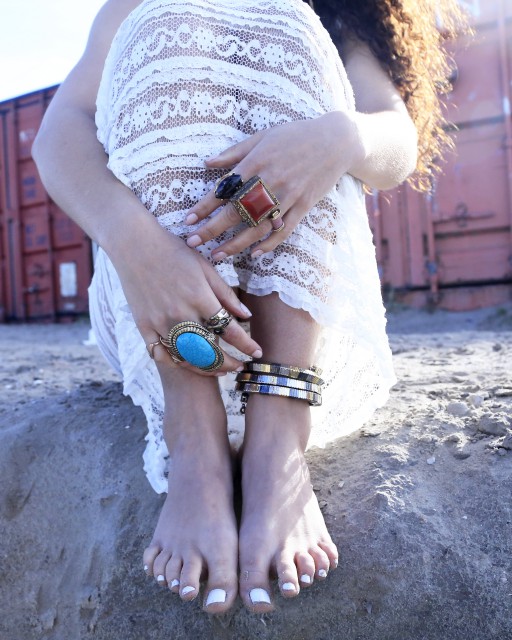 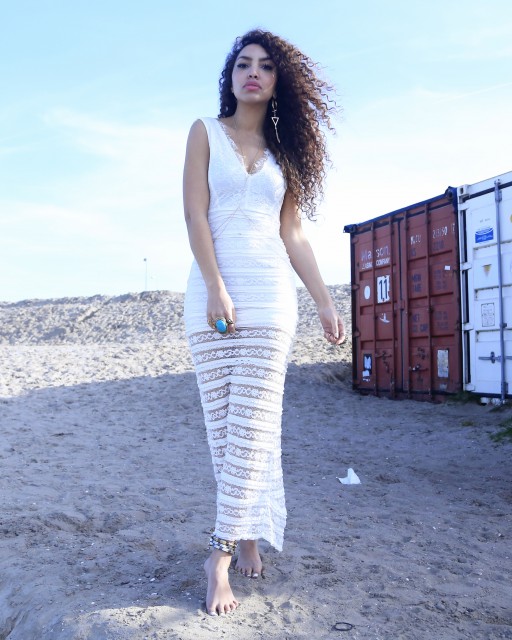 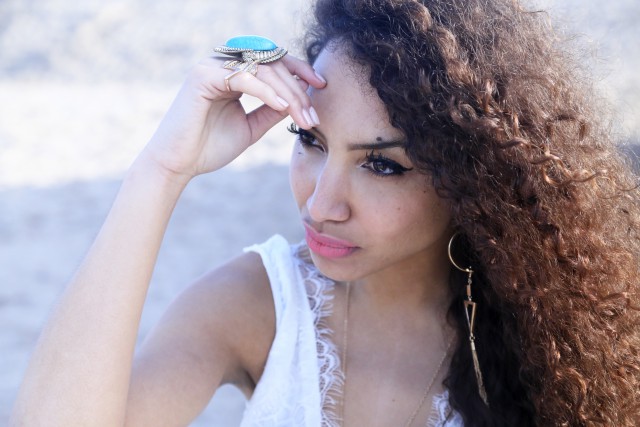 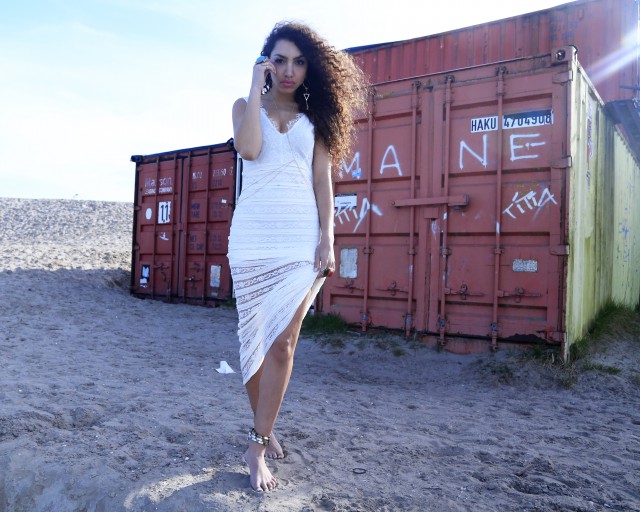 In a previous post I told you about my obsession for beautiful backdrops and how I always seem to be looking for new ones, to shoot but also to just sit next to and just take a breathe and enjoy the moment. Not being able to simply go on a vacation, being bound to Amsterdam forces me to look for beautiful places in the neighborhood.

I had not expected it, but there are actually a lot of lovely places nearby! Photos in this post may have you thinking of remote beaches somewhere in east Europe, but in fact, these photos were simply shot in Amsterdam.

From the moment I found this dress I knew that it would have to be worn in a bohemian way. Loads of rings and the anklet were a logical addition. I wanted to shoot this look on the beach, hence no shoes or heels, but I could totally see myself wearing this with chunky boots as well.

I shot these photos at Blijburg which is a cute little beach in Ijburg, the northern part of Amsterdam. At first I could not really think of any other beaches nearby to shoot this look, but I noticed just after shooting this, that there is also a small beach at Pllek, a hotspot in Amsterdam. And then there’s also Strand Zuid (literally Beach South), which is more like a sandpit with lounge beds, but there is no water.

These pictures were made a few weeks ago when it was actually kinda cold, so it was very quiet on the beach, except for a few people walking their dogs. But in the summer Blijburg is a lovely place to go to, chill out at the beach, have some drinks and an ice-cream. Or of course… take some pictures by sunrise or sunset.

Let me know what you think of this look! 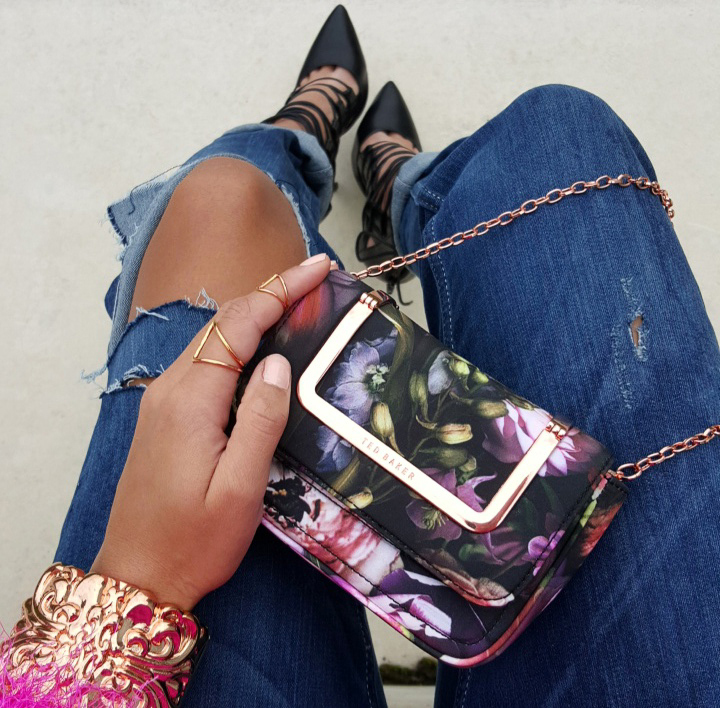 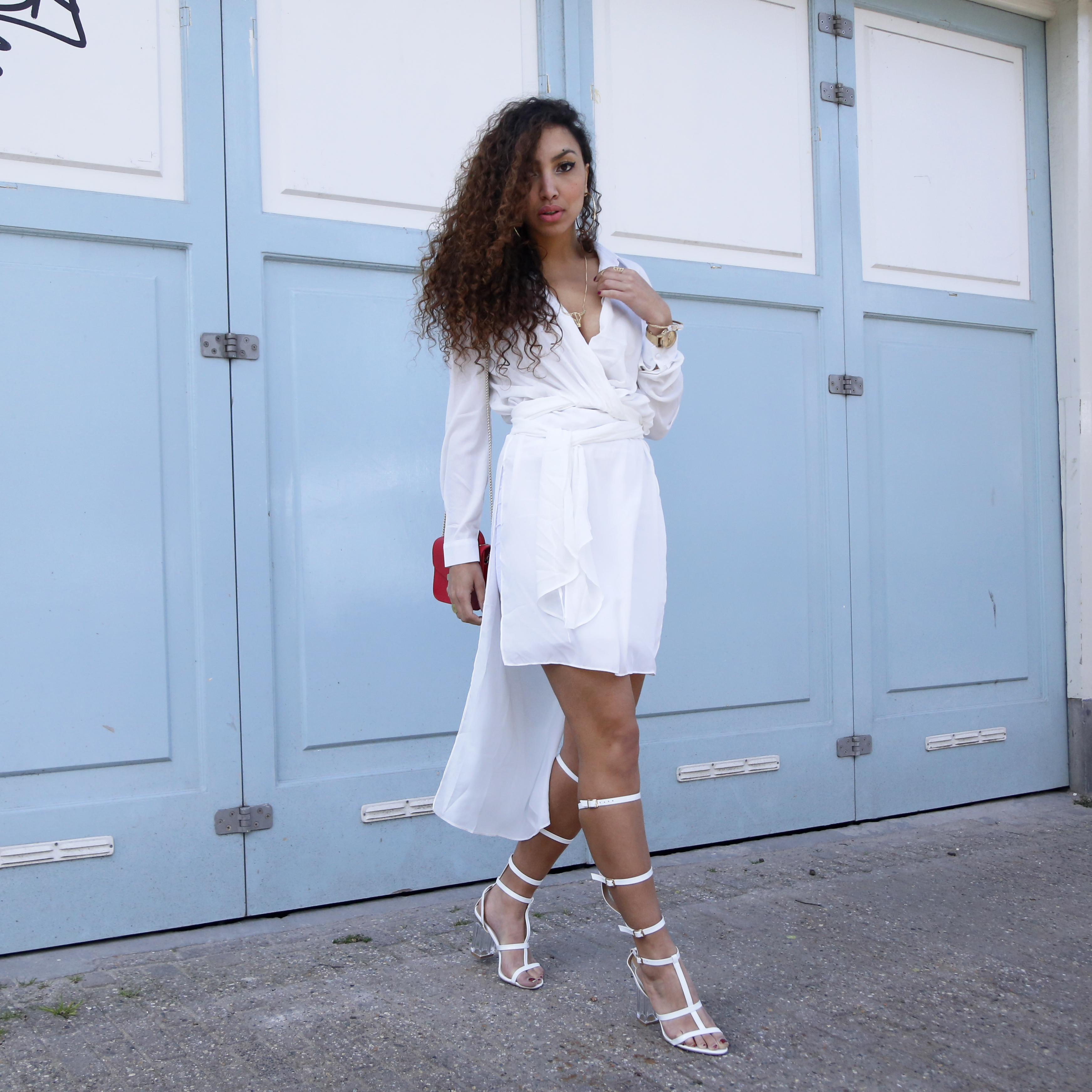